"Why do feminazis hate men so much?" In this blog entry, E talks about the great feminazi paradox, toxic masculinity, and what men can do to help achieve equality. This post is dedicated to all men who think feminists are misandrists. Read before you comment.

Trigger warning: This article mentions r*pe and other facts about violence against women.

Photo by Charles 🇵🇭 on Unsplash

So let’s get one thing out of the way: Feminists don’t hate men.

I know I sound like a feminazi now but don’t close your browser yet! We’ll talk about toxic masculinity, privilege, and complacency in more detail later on in this blog.

But first, let's talk about the word "feminazi" and how it is a paradox.

"Feminazi" is a combination of the words feminist and nazi. It is a paradox because these two words are nothing alike. As a movement, feminism is fighting for equality and inclusivity. Feminists want to abolish oppressive sociopolitical systems that discriminate against women, LGBTQ+ folks, people of color, folks with diverse abilities, folks living in poverty, etcetera. On the other hand, nazis killed millions of Jewish people during Hitler's reign. National socialism, or nazism, never fought for equality and inclusivity. In fact, nazism believed in totalitarianism, which means people were expected to be completely subservient to the state.

By saying that a woman is a feminazi, it implies that she wants men to be completely subservient to... what exactly? To women? But feminism isn't about that. Again, feminism is about equality and inclusivity. More importantly, no feminist wants to see the execution of millions of men at the same time.

See, feminism isn’t about man-hating. And it isn’t about women versus men. It’s not our people versus your people. Feminists may hate some men (for example, rapists, domestic abusers, perverts, catcallers, etcetera—although this applies to all genders, anyone who are one or more of these evil things), but we also don’t advocate man-hating. We know that in order to achieve gender equality, we need your solidarity. It’s #HeForShe, like Emma Watson said. Both women and men must come together and work towards a common goal. It’s you and us versus the system, not versus each other. After all, men also need feminism.

“Men also need feminism?!” says that one guy at the back who came here just to heckle me. Yes, bro. Men also benefit from feminism.

As I said earlier, feminists hate toxic masculinity. It is one of our biggest enemies. If we’re living inside a video game, Toxic Masculinity is a difficult boss level to defeat. Mostly because it has been engraved in our society, in how we raise our boys, and in how we expect men to behave, for as long as women have been oppressed by the patriarchy. Just as much as women have been placed in boxes that don’t wholly represent our individualities, so have been men.

Toxic masculinity has strict standards on what “being a man” is about. It is repressive in its definition of manhood. It prevents men from exploring their emotions and from expressing their personalities in colorful and unique ways.

And while the feminist movement has empowered women to punch through the boxes that trap us, to fight oppression from the inside out, and to free ourselves from traditional gender roles, men have been somehow left behind. Slowly, we, as women, are learning to love ourselves more, to trust our instincts, to be vocal with our opinions, to embrace our femininity and sexuality, and to be strong in the face of adversity. But men are still struggling with toxic masculinity and, in effect, so does everyone else who don’t conform to its rigid rules.

“Boys don’t cry,” is a sentence that captures toxic masculinity. It is also one of the most dangerous things we can teach young boys because we start grooming them to become stoic and tough at an early age. Society has taught men that emotions are a weakness, and to express your emotions means you’re not a “real man.” As a result, men often repress their emotions. They push them down or they explode in very passive-aggressive ways. I've seen this kind of behavior in my own father, brothers, uncles, and male peers. You see it in TV and film, too. Men are mocked for expressing emotions because of how toxic masculinity restricts manhood.

As a result, if you’re a man who’s not getting any, you’re a loser. (Just watch a movie—any comedy movie about sex, preferably one that is set in college—and you’ll see a joke about this very subject matter.) And if you’re a man in a position of power, every woman must be dying to sleep with you. (Harvey Weinstein, Matt Lauer, James Franco… And don’t forget Kevin Spacey who sexually harassed young boys. In the era of #MeToo, we've seen just how often men like these have used their power to harass and then silence women.)

At the same time, if you’re a man, you can’t say no to sex. If you’re a man who was coerced into sex, you are made to believe that you weren’t forced into it at all. “You’re a guy! You should be having sex! You should be thanking her for doing it with you!” (There’s an Adam Sandler movie where his character impregnated a teacher when he was thirteen, and the movie made it seem like it was awesome and sexy and cool when in fact, it was r*pe. He was r*ped by his teacher. There’s nothing cool about it at all!)

Perhaps the peak of the problem regarding toxic masculinity is the idea that, in order to be a “real man,” one must be dominant. One must exert power over his wife and children. Therefore, a man must be in control and must be the provider. This belief looks down at stay-at-home dads and says that a father taking care of his children is just babysitting. It means that discipline needs force. It means that a wife must be obedient. It means that a father must be the head of the house, which takes away the partnership between husband and wife. Because when one is dominant over the other, it’s not really a partnership anymore, is it?

Dominance imposed by toxic masculinity also leads some men to become violent when angry or when turned down for sex. This leads to physical, mental, and sexual abuse. Domestic violence. Marital r*pe. Street harassment. 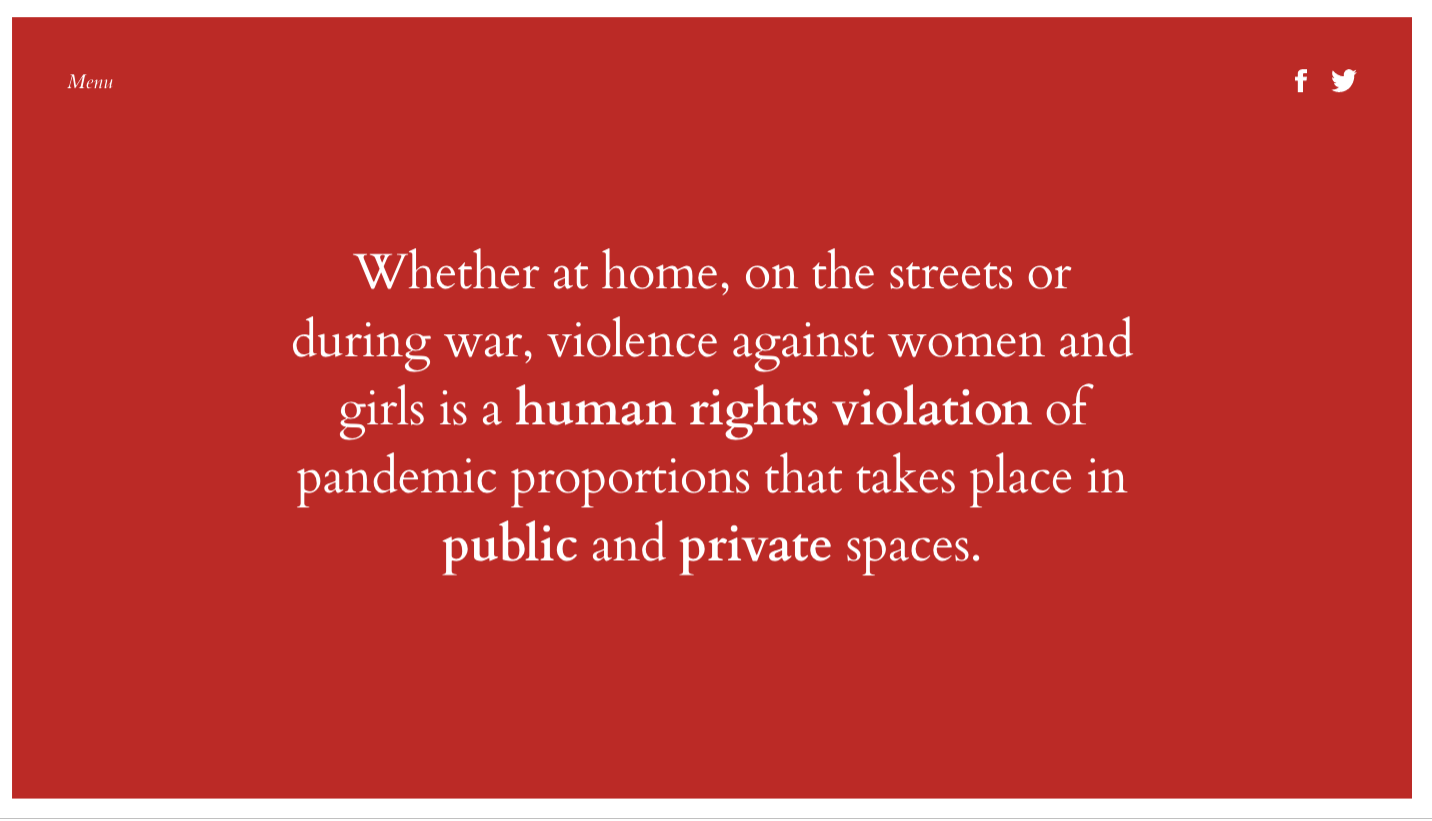 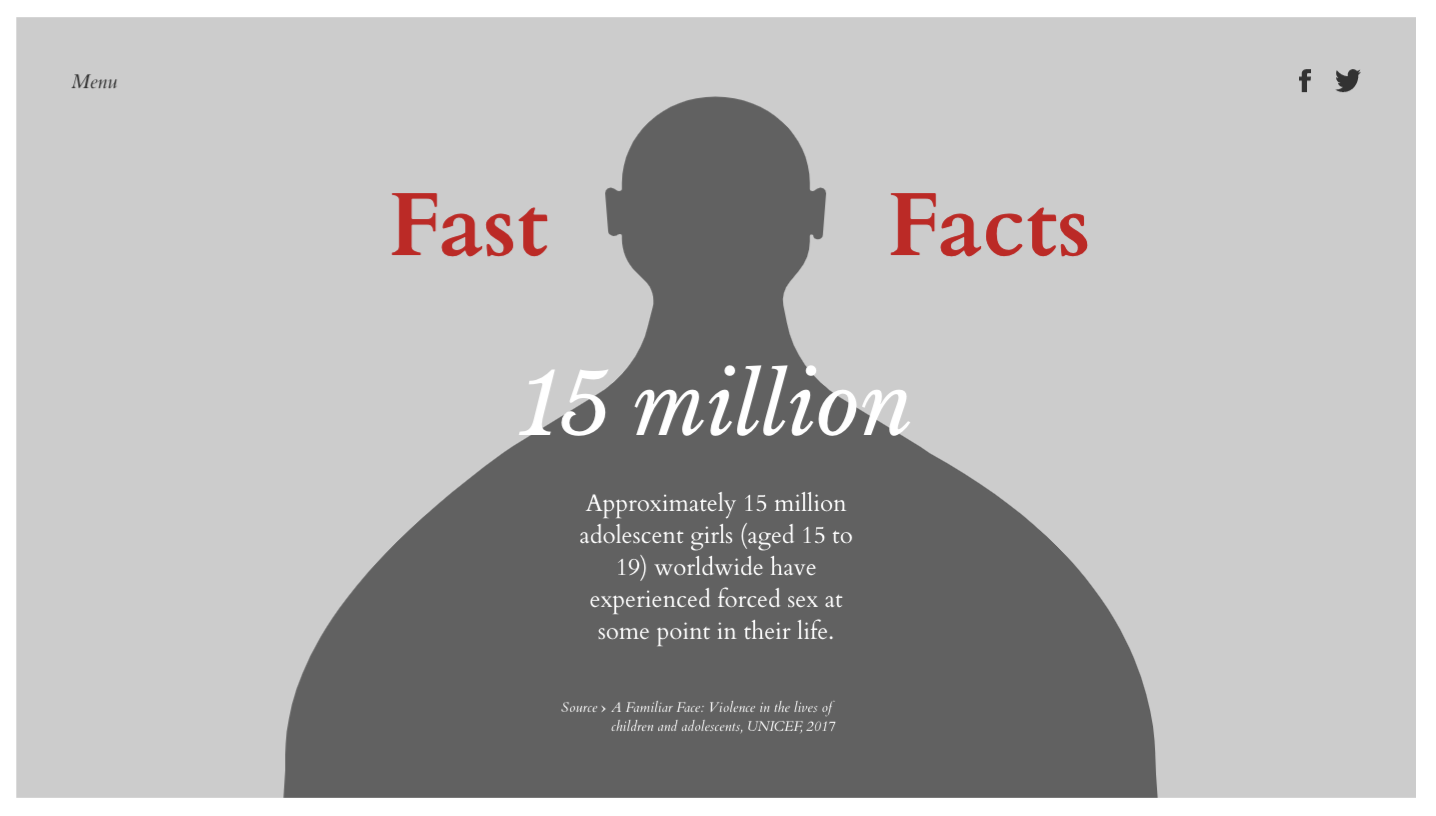 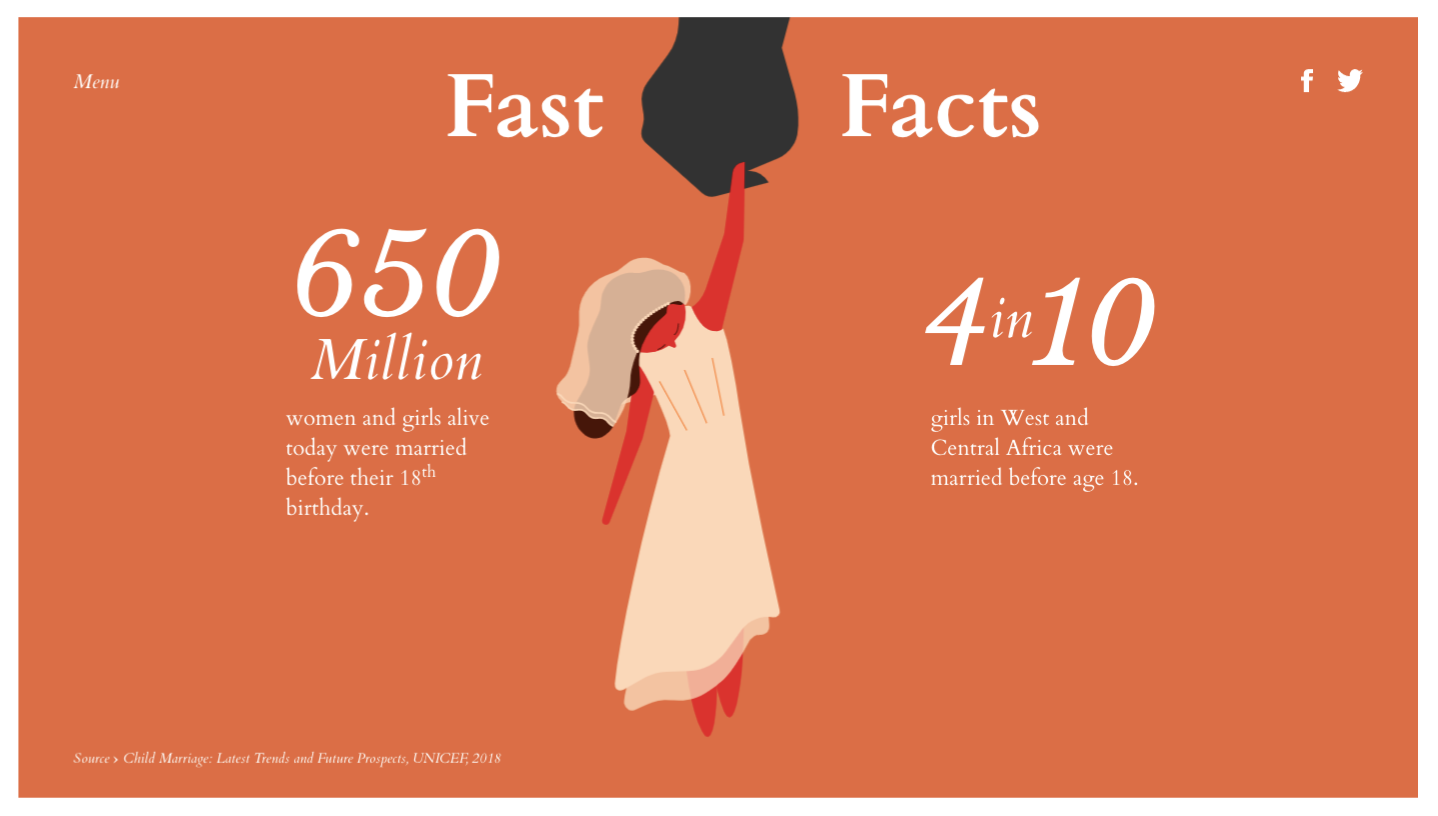 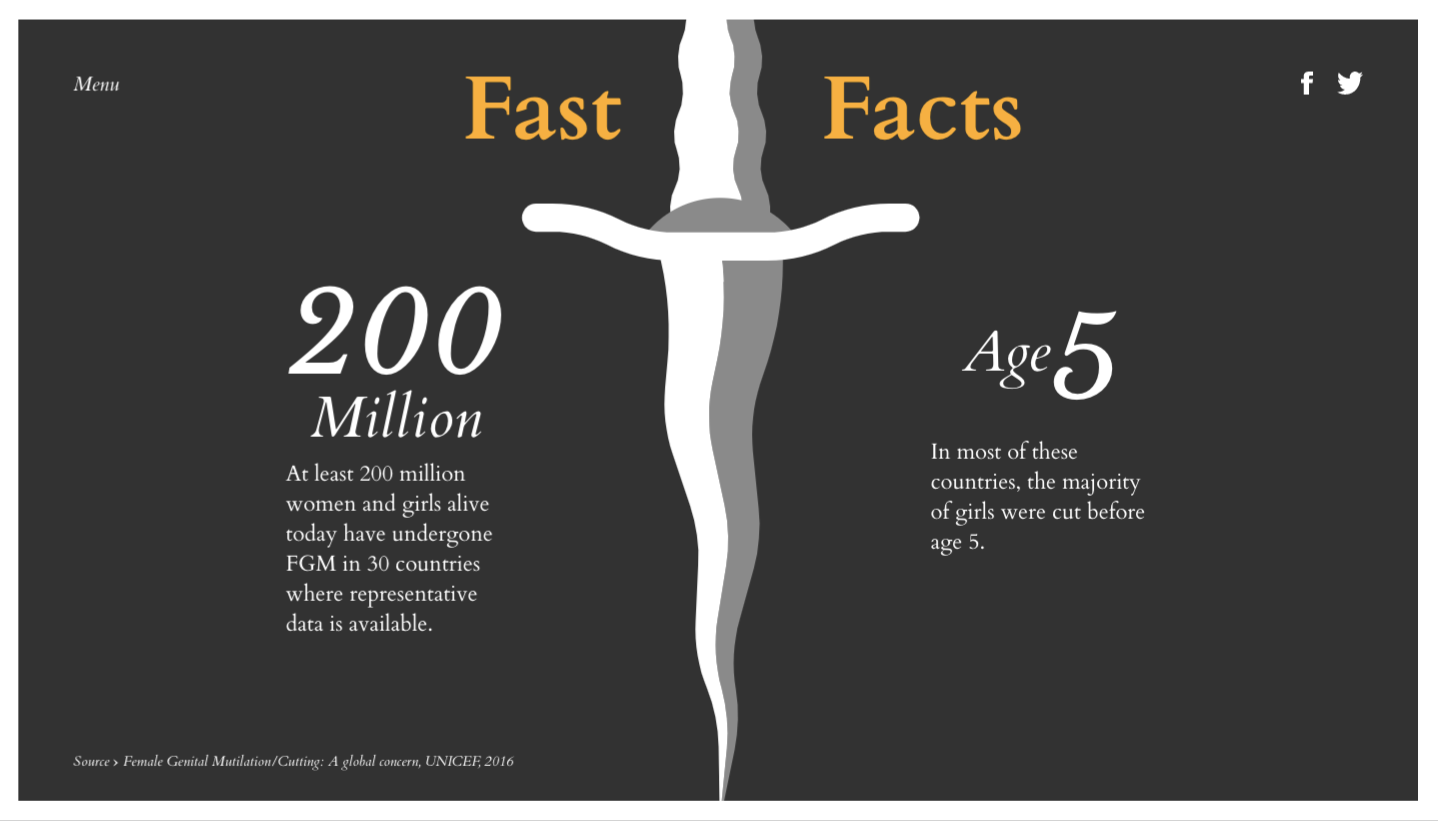 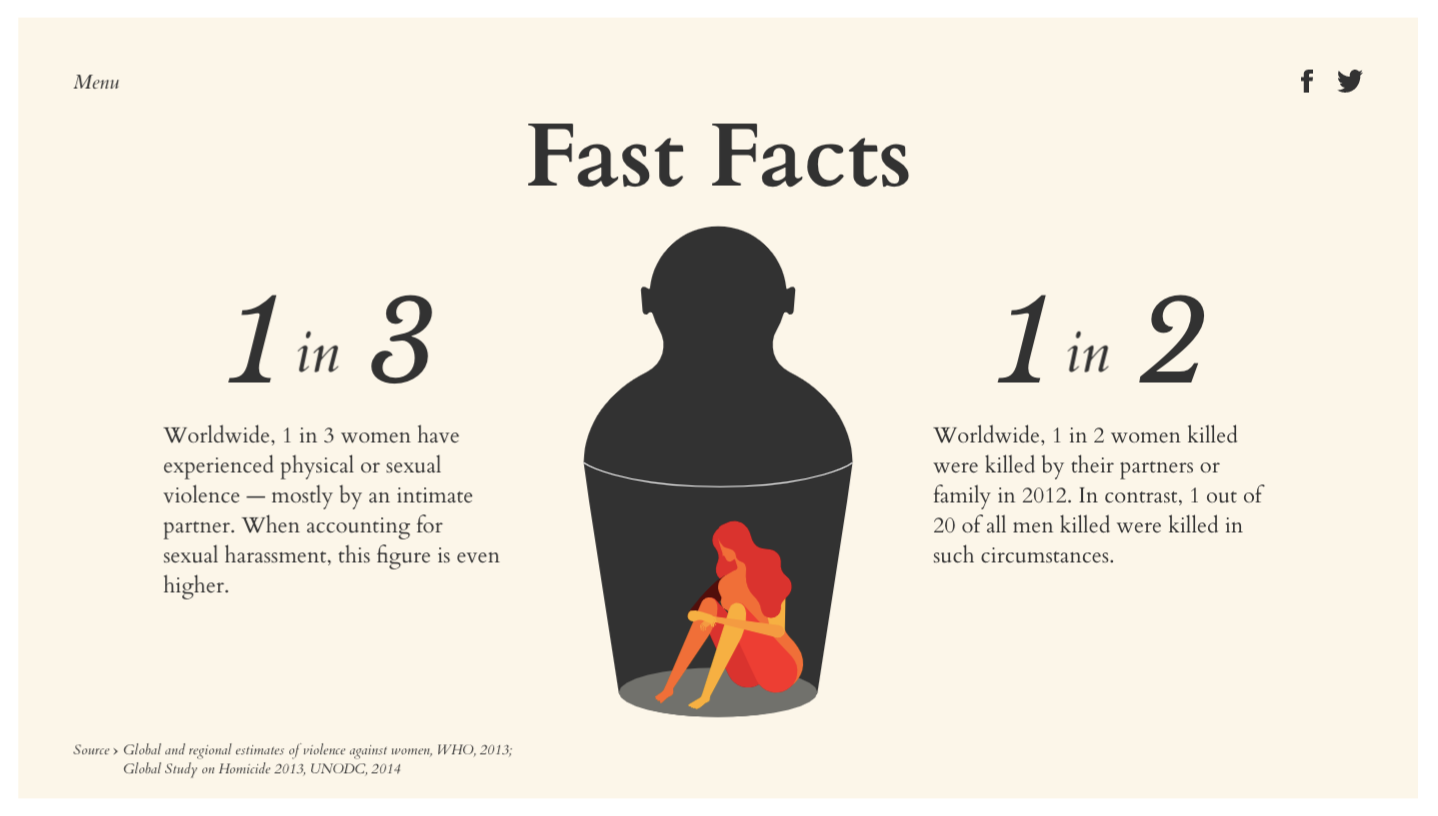 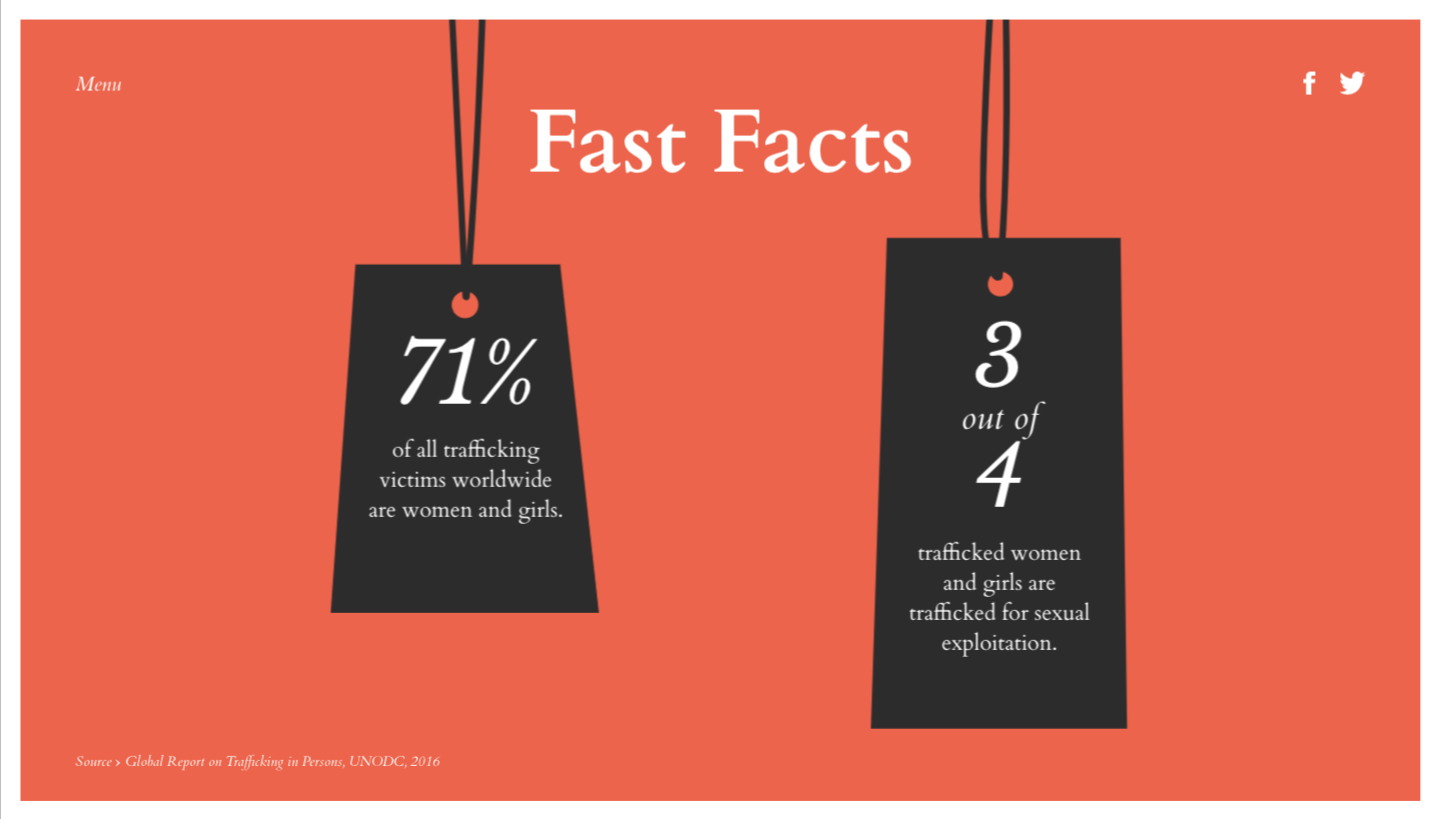 Yes, I know, #NotAllMen, but enough men for all women to be afraid. Enough men to create a collective experience for women, for abuse and harassment to become a significant though unwelcome part of our womanhood.

When someone says a negative generalization about men, no one ever means that it's all men. But #YesAllWomen. And shouldn't that bother you? Instead of calling out women for being angry, why don't you ask us why we feel this way? Why don't you focus on how we've been harassed, oppressed, and violated because of how toxic masculinity has shaped the way men behave?

So when women say “Men are trash,” what we really mean is: "Toxic masculinity creates men who are trash. And here's one of them.”

At the risk of sounding like a broken record, let me just say it one more time: Toxic masculinity is the problem! But those who uphold it are part of the problem, too. Therefore, we need to work together to defeat the same villain in this game we call The Patriarchy.

“So why not call yourself equalists or egalitarians or humanitarians?! Why do you call it feminism?!”

Damn, guy at the back. Chill! I have an answer for that.

We call feminism “feminism” because to call it something else would deny the unfair treatment of women because of gender politics. Although both women and men have suffered from the cold hands of toxic masculinity, the scale has always been in your favor. Women’s rights have taken a backseat for centuries, and so the movement focuses on empowering women to balance out the scale. But that doesn’t mean that we don’t recognize how toxic masculinity affects men. It just means that we have more problems to solve on our end, which brings us back to what I’ve been trying to say all along:

We must work together!

(Side note: Think for a second about the kind of traits that often get mocked or discriminated by society. Aren’t they mostly what we consider feminine? In a lot of ways, femininity is considered secondary to masculinity, which causes people to look down on anything that is or who is feminine. For example, emotions are seen as a weakness in men, but being emotional is a trait normally associated with women. Virginity is also something that is imposed on women—the idea of purity is embedded in our gender. When translated to men, virginity becomes a point of ridicule. Being soft, being the caretaker, being the nurturer, being sensitive and tolerant and gentle—these are all traditionally feminine traits as well. But in general, these characteristics are perceived as related to being weak. This is yet another reason why we call feminism feminism.)

Now that we’ve established that all of us must work together to defeat toxic masculinity (or in the words of Chimamanda Ngozi Adichie: We Should All Be Feminists), there’s an important question that we need to discuss: What is the role of men in feminism?

Here’s how you can become an ally:

First and foremost, you should acknowledge your privilege. Your gender is not something you asked for or had to work hard to achieve, but it gives you advantages that other genders aren’t privy to, which is exactly what makes it a privilege. Once you have recognized that the world has unfairly treated you in a positive way, then it gets easier to remove the lenses of male privilege that you have been wearing so that you can see how others are discriminated.

The next thing you can do is to accept feminism and to stop seeing it as reverse sexism. Feminism does not exclude or discriminate against men. You should also let go of the idea of starting an “egalitarian” movement because, again, to not call this movement feminism will ignore the unbalance scale that has treated women unfairly for centuries.

Next, you should educate yourself. Read books written by women. Listen to podcasts hosted by women. Watch TedTalks wherein women talk about their experiences. Do your research and inform yourself on how women have been treated unfairly in society (e.g. pay gap, sexual harassment, marital abuse, sex trafficking, r*pe, etcetera). Read about intersectionality! Because our experiences are inherently different from yours, the best thing you can do is to listen to us when we tell you our stories. Get it straight from the source.

So far, we have: acknowledge your privilege, accept feminism, and educate yourself—these are three important steps but they’re not half the battle. You and us—we still have a long way to go! On a daily basis, there are a lot of things you can do to help the world become a fairer place for everyone. Here are some ideas:

This list seems like a lot of work, but that’s just the reality! There’s really no room for complacency here. All of us have to do our best to make the world a fairer place for everyone. Men, women, and everyone in between—we all have a role in feminism. We can all be feminists and we all should be.

Okay, guy at the back?

A Woman's Lens on Violence: An Afternoon with Samira

Will the Real Gaslighter Please Stand Up?